Kate Fox: Walking Off the Map 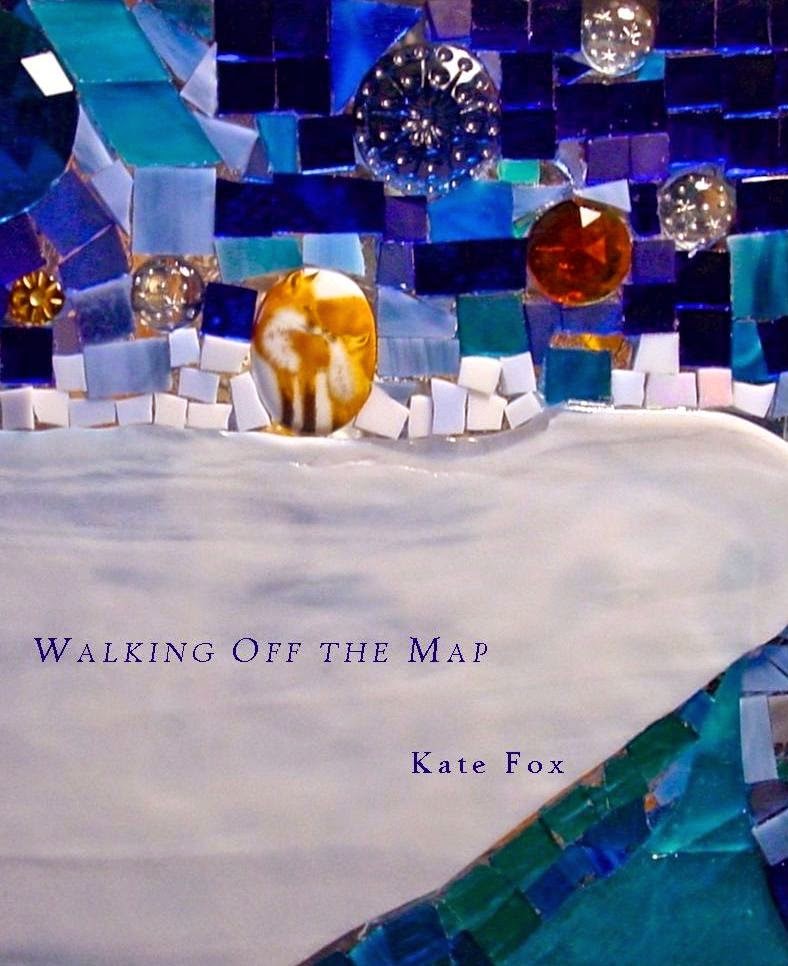 Walking Off the Map: poems by Kate Fox. Number 2.11 in the Seven Kitchens Press Editor's Series.

Purchase your copy through Paypal below or e-mail a query to sevenkitchenspress at gmail dot com.

"This is going to be more like war than mountaineering.
I don't expect to come back."
--George Mallory to Geoffrey Keynes after his visit
with Robert Falcon Scott's widow, 1924.

This is how I would have sculpted you,
face down in a greathouse of granite, dimpled skin
bleached to Carrera white by spindrift scouring
the North Face, gloved fingers anchored in talus

that scatters like pine chips into the Rongbuk abyss,
stick-thin foot resting atop your skewed boot,
as if you believed you might survive, find purchase
in the frozen debris to reclaim your beloved Sandy

on the ledge above, and, then, in the embrace of a fine
Burberry weave, follow Odell's disembodied voice
down the North Ridge to Camp VI, on to base camp,

family, commendation, and fame. Instead, the mountain
preserved you as no work of mine ever could, Everest
holding fast to its own, in loco, quem posuit.

My book, Survivable World, is available for $12 postpaid. All funds will support the operation of Seven Kitchens Press. Purchase your copy here!

To order chapbooks, simply click on the Paypal button at the bottom of each author's book page, or send a query to sevenkitchenspress@gmail.com [note new email address]. Please make check or money order payable to Ron Mohring and send to Seven Kitchens Press, 811 Commons Drive, Milford OH 45150. Each chapbook is made by hand; it may take some time to fill your order if stock is currently out. If you'd like to inquire about the status of your order, please use the above e-mail address.